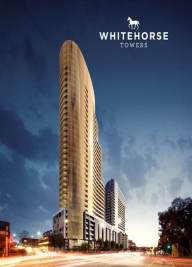 WATAG made a detailed submission. A less formal version of the report can be viewed here. Or read the full submission by clicking here.

Whitehorse Council has also identified the need to upgrade the Box Hill Transport Interchange and spells out the need at Building an Even Better Box Hill.

The Council was informed by a major techincal report it commissioned in December 2015, called Building a Better Box Hill.

Click here for a list  of the characteristics of currently (mid 2017) approved high-rise buildings in the Box Hill MAC.

At the Council’s website is says … “The interchange is hard to use, especially when changing from trams to buses or buses to trains. The bus interchange is old and needs better places to wait. Disability and pram access is poor. Thirty years after it was built we can do better.
Fixing the transport interchange is the last big step in the renewal of Box Hill. …”

WATAG totally agrees, and believes Council needs to ensure that the whole of the Box Hill MAC is planned together with the Transport Interchange.

It is imperative that the local and State Governments work together to plan for the immediate future. A future which is just around the corner!  They  must ensure that people on foot, on bikes of all types, those with disabilities and people with children and prams can easily and safely access all of Box Hill – north to south and east to west. Planned access to the transport systems is vital or the residents’ worst fears regarding high rise and car-saturation are guaranteed to be realised.

You will be interested (and probably quite amazed) at the number of developments in Box Hill currently in the planning stage or under construction. A population increase for Box Hill of up to around 10,000 people in the next few years, is now almost guaranteed – making it the biggest metropolitan activity centre after the City of Melbourne.

Click here (or the map) for a larger view and a chart showing all the individual developments. And this is already two months out-of-date!

Where is the planning to ensure that these new residents (together of course with all the existing “locals”)  will have an urban centre which is built to enable them to move around freely and enjoy their urban environment?

And this problem will only be added to by the increased business visits to the area as a result of the increased resident population, PLUS the totally unknown, but potentially VERY SUBSTANTIAL effect of the increased traffic heading to and from Box Hill when the planned North East Link is built.

Talk or write to your local Whitehorse Councillors if you are concerned. If they hear nothing, they’ll assume everything is OK, and perhaps do nothing!

The Panel concluded that:

The Report (see below) identifies a number of specific issues with the DDO that make it unsuitable for inclusion in the planning scheme without significant redrafting. In the absence of a clear rationale for what it is trying to achieve such redrafting is simply not possible.

The Panel recommends the Council “Abandon the Design and Development Overlay.”

What the Whitehorse Leader says:

Together with much of the community, WATAG believes it is imperative that any Public Transport Interchange developments are done in a way which fully addresses the need for a totally integrated plan for the whole of Box Hill MAC.

A Ministerial Advisory Group was established by the government in 2015 to report on the Transport Interchange. It reported back to the Minister for Public transport in February 2017. To access the report – click here.

Definitions in the Transport Integration Act

Whitehorse could be sitting on multimillion-dollar Box Hill block if planning report recommends it be rezoned.

The vacant Box Hill Bowls Club could bolster Whitehorse Council’s kitty to the tune of tens of millions of dollars if it’s sold to developers.

WATAG recommends that Council give strong consideration to retaining this area as public open space.

WATAG is committed to trying to assist all concerned to plan for the Box Hill of the future where Active Transport and top-grade access to public transport is the norm and not a major difficulty.  All those interested are  encouraged to read “The Conversation” article: