Bikes for the disabled 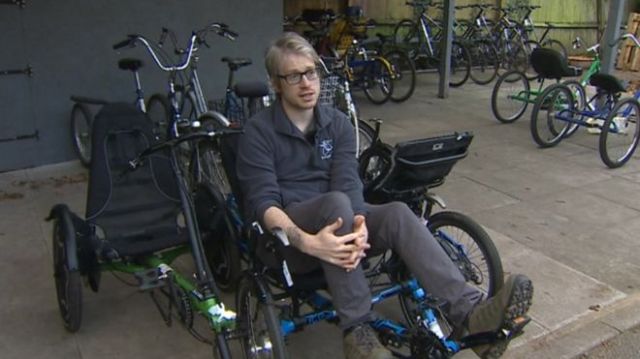 Kevin Rahman-Daultrey, who has dyspraxia, said adapting bikes was a great idea

People with disabilities will be able to hire specially adapted bikes around Cardiff via an app as a public cycle share scheme expands across the city.

By this summer, 1,000 Nextbikes are set to be docked around the capital, double the number already on the streets.

Kevin Rahman-Daultrey, who has dyspraxia, said he would not be able to cycle without an adapted trike.

But while the scheme is popular, Cardiff council has admitted city cycle routes must be improved.