It can be found at: Whitehorse Health and Wellbeing Draft Plan 2017-2021

Advocating the use of Active Transport to achieve health and wellbeing is the central  reason for WATAG’s existence. The article below about Cycling to Work shows that the health results for people who engage in very regular exercise are quite staggering.

WATAG supporters are encouraged to read the Draft and give feedback to Council.

The Laburnum-Blackburn section of the Box Hill to Ringwood shared use path – VicRoads  plans now revealed.

VicRoads emailed its recommendations for this section of the shared use path to people on its mailing list on 24th August and asked for comment by end August.

Unfortunately – even though the deadline for comment in 2 day’s time – the plans are not available online at the VicRoads site, but you can view them here:

Because of the impossible timeline, WATAG recommends you make a submission even if the deadline has passed!

The WATAG response to the plans is shown below: 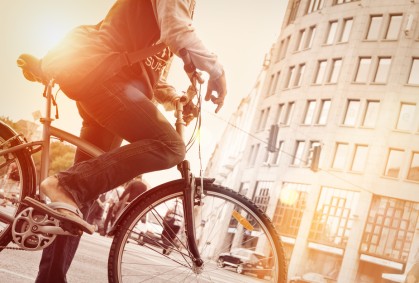 likely to develop health problems and die younger. Researchers from the Institute of Cardiovascular and Medical Sciences, University of Glasgow have published important findings from a broad, 5-year study on over a quarter of a million UK subjects in the prestigious British Medical Journal on active transport to work.

Click here to read a copy of the full article published in The Conversation.

WATAG believes that the upgrade of the Box Hill Transit Interchange should be considered by all levels of government in conjunction with the development of Box Hill as a Municipal Activity Centre (MAC) –  Refer to Active Whitehorse News June/July.

The Box Hill Interchange Advisory Group Report was recently published. The Whitehorse Leader nicely summarised the report on 14th August 2017 – Stuck in the Slow Lane (click to read).  WATAG can only agree with Whitehorse Mayor Cr Denise Massoud that the upgrade is “vital”, and with the Public Transport Minister Jacinta Allan when she said that  the steering committee proposed will “give locals a voice”.

WATAG would like to secure a place at the new steering committee table to represent the community views on this important matter.

Victoria’s 30 year Strategy, as presented to Government, has some themes common to WATAG’s aims and objectives.

See the full strategy at –  http://www.infrastructurevictoria.com.au/30-year-strategy.
Key features of the 30 Year Strategy from a WATAG perspective are found in 3 of the 19 priority “Needs”  click here for details.

WATAG in the news recently

Following an article in Active Whitehorse News April/May 2017, WATAG Committee Member David Berry was interviewed by The Whitehorse Leader, and this article linked below was published on the front page on 12th June 2017: Tracking healthy habits.

WATAG’s submission relating to Box Hill’s development caught the eye of The Age. Committee Member David Morrison was interviewed and the article linked below was published on 29 July 2017:  Battle for Box Hill: Residents warn of slums as high-rise surge in hot market

Don’t forget to have a look at the rest of our website while you are here. New content is continually being added for your interest. Just click the menu items at the top of the page

Note that this news page will periodically be updated online until it is “published” at the start of next month by emailing all WATAG Members, Friends and subscribers.