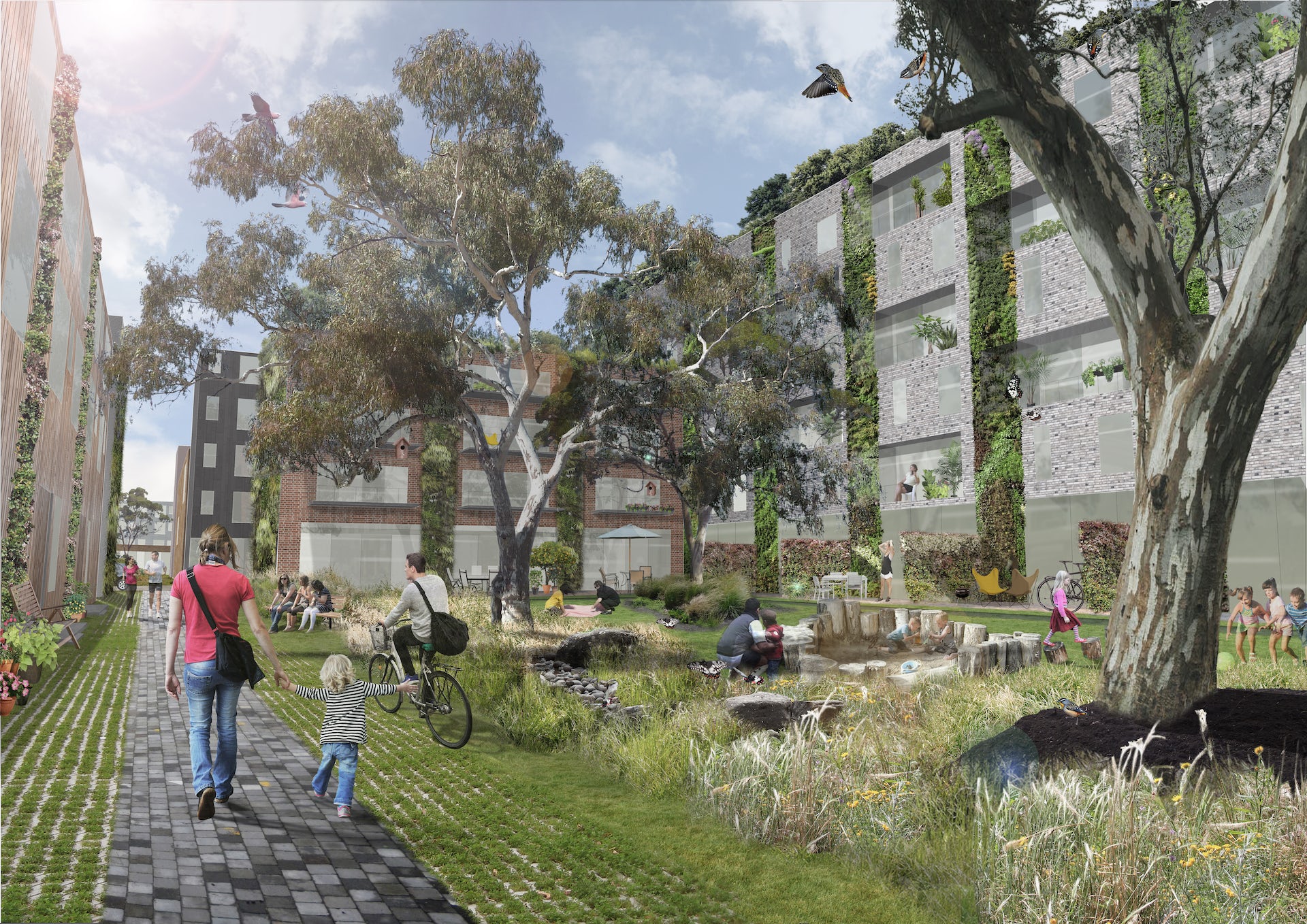 An impression of biodiversity sensitive urban design (BSUD) developed by the authors in collaboration with Mauro Baracco, Jonathan Ware and Catherine Horwill of RMIT’s School of Architecture and Design. Author provided.

Urban nature has a critical role to play in the future liveability of cities. An emerging body of research reveals that bringing nature back into our cities can deliver a truly impressive array of benefits, ranging from health and well-being to climate change adaptation and mitigation. Aside from benefits for people, cities are often hotspots for threatened species and are justifiable locations for serious investment in nature conservation for its own sake.

Australian cities are home to, on average, three times as many threatened species per unit area as rural environments. Yet this also means urbanisation remains one of the most destructive processes for biodiversity …  Click here for the full article.

This article is an extract from The Conversation under a Creative Commons license. Read the original article.

WATAG believes that Box Hill CBD would really benefit from planning at all levels, with Urban Nature in mind.